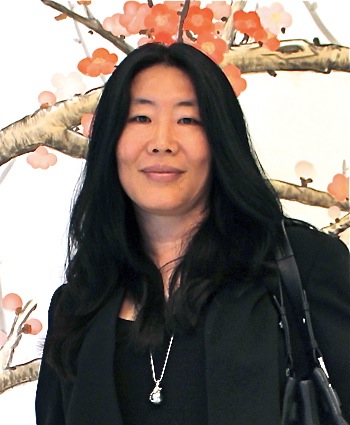 Xiaofang was critical to the formation of  Galaxy Trade and Technology, a US-China Joint Venture company focused on the export of industrial magnesium to global markets, based in Yulin City.

She is the co-founder and President of the Zhou Enlai Peace Institute, a non-profit educational group based in Beijing and Honolulu. Its purpose is to recognize the leadership for peace that her great uncle, Zhou Enlai, provided — to China and the world. As premier and foreign minister, Zhou Enlai earned a reputation for principled, honorable and humble service, opening China’s door to America, and the world.

She has directed relations with units of the Ministry of Foreign Affairs, the Ministry of Commerce, with the provinces of Shandong, Shaanxi and Anhui; with immigration agencies in Beijing and Shenzhen; with national trade development organizations; with national media including China Daily and CCTV, and with a wide array of businesses across China.

She is fluent in Mandarin and English. Xiaofang serves is a writer, speaker,  editor, film producer, live television host, interviewer and event organizer with many public interest projects:

She led a large delegation of Chinese students and artists to the United Nations in New York, and was producer of “The Right to Peace”, a complex multi-part event in celebration of International Peace Day; in this capacity she also served as translator/interpreter for official UN documents and events.

Xiaofang is the producer of the film “Footsteps,” a documentary produced in 22 cities about the history of Zhou Enlai; she is translation manager for the first English version of “My Uncle Zhou Enlai,” published internationally by China International Publishing Group. She is author of a peer-reviewed article for Nankai University, Tianjin; Zhou Enlai School of Government. She is co-host of Understanding China, a live television broadcast produced by the ThinkTech Network.

Xiaofang is co-founder of America-China Bridge, a citizen diplomacy program to create business, cultural and education programs in the United States and China. Its purpose is to build international understanding and respect, the foundation for peace. She was the primary sponsor of “Investment Strategies for the New Century”, a three-day intensive business seminar for China’s government, educational and commerce leaders, presented by Mary Buffett, the former daughter-in-law of Warren Buffett, held at the Beijing Hotel. See americachinabridge.com.

As a U.S. citizen and resident of Honolulu since 1993, Xiaofang has also had a successful career as an entrepreneur. She is President of Blue Light Hawaii, and originated two innovative retail concepts, opening successful stores in the center court of the Windward Mall. She is the owner of Jade Gallery, a high-end jade import business, collectable, antique and heirlooms, handling import/export and international ecommerce; see jadegalleryhawaii.com

Xiaofang was a member of the official Department of Business and Economic Development delegation from the State of Hawaii to China, accompanying Governor Cayetano to Beijing.

When she first arrived in America, she worked with travel, hotel and hospitality groups including Travel Plaza, Skyway Travel, Aloha 7 (Land Operator), and East-West Global Tours (Marketing Director). In this capacity, she handled group travel reservations, air and cruise, and group tours, focused on Japan and China markets. She was responsible for the negotiation of contracts with vendors, co-ordination with airports, and visa assistance.

Xiaofang began her business career in Beijing in the early 1980’s, just as China’s economy began opening to the world. She held several management and marketing positions during the early growth of the China international travel and visitor industry, and worked in one of the first joint-venture hotels in the center of Beijing, in partnership with The Peninsula Group. She was in charge of organizing international business and diplomatic delegations to China, including from United States, Canada, Australia, Italy, United Kingdom. Her posts included Tienantan Hotel; Jianguo Hotel; Beijing Palace, whwere she won many performance awards.

Xiaofang earned her High School Diploma at Beijing School 168, and a college degree from Beijing Tourism College; she has taken literature and English courses at Windward Community College, Kapiolani Community College. She is a certified home care services provider in the U.S., where she often provides assistance to elderly clients of Care for Life. She has completed the introductory courses to qualify as a court translator for the State and Federal courts in Hawaii.

Xiaofang served as a board Member of Hawaii’s leading experimental dance company, IONA Contemporary Dance Theatre (iona360.com); she was winner of the Gold Medal at the Poetry of Forgiveness Awards, from the Hawaii Forgiveness Project; see http://www.hawaiiforgivenessproject.org/awards/poetry-winners.htm;  she was a columnist (Business  Pacific Rim) for Global Woman Magazine, New York; globalwoman-magazine.com, writing about leading women of Hawaii.

This site uses Akismet to reduce spam. Learn how your comment data is processed.